This has been talked about before, but yesterday i saw first hand how a PK system can be so easily harmful.

Nailo made a foolish rp decision that got his pc killed. Rather than respawn he decided to wait and let other pc's save him since others were in that aria. However... Once the body was found, the other pc's decided that instead of raising him they would attempt to permakill him by getting rid of the body.

Is this really a fair, use of the system? more importantly... is this helpful or hurtful to the system overall?


I think we need to discuss & agree on some rules to keep this stuff in check. Any thoughts?

I think a good system would be to ONLY use the tokens... have less of them & make it possible to get more through quests ect as was planned at the beginning.

Perma-Death
Permakilling should ALWAYS be decided by the player who owns the toon that is being killed. This usually entails some kind of Final Quest, or some big happening to have some toon go out with class. There usually is a DM involved, or at least aware that the toon is indeed not to be played anymore.


Normal PvP
Player Killing usually has its standard:
1. Hostile mannerisms toward another player. What setting Dislike is suppose to represent.
2. Rp that indicates " Hey, I want to punch you in the face.". This usally prompts a similar " Go Ahead and try bub. ", reaction that supports the offending pc's action.
And finally 3. A tell to the player stating whats going on. Sometimes its not neccesary, but should be sent in kindness anyway. You dont want bad blood brewing OOCly because of getting punked on or something ICly. Ill admit though, in my experiences on the many other servers i have visited, the tell ususally isnt needed, as IC action really dicatated where the situation ended up. But i would still send one anyway, courtesy i guess.


To Shar: The situation you describe above, where the group of players try to get "Permadeath" would be unsuccessful IMO. The player who plays Nailo has sole control over how his toon dies. I mean sure, he got his butt whooped ICly, he has to bear that shame. They can kick him while hes down and call him every bad name in the rp book, BUT, they cannot say, " He's dead, you can't play him ever again".

If that rp would be enforced against a toon i play and it wasnt discussed with me by a DM, then i am in the wrong place.
Absolutely NO player controls the fate of anothers character. That is something that needs spoken about in detail with a DM so that there can be no backlash from any event stemming from a Permadeath incident like that. 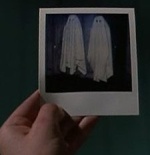 As a note, one of the PCs didn't want to Permakill him, nor attempt to Shar!

DM_Dragon wrote:As a note, one of the PCs didn't want to Permakill him, nor attempt to Shar!

but then i didn't name names.

The only permadeath here is when your PC runs out of soulrunes. Not likely to impact any present PCs really.

Ok, wait wait and before I explain this is OOC information. I was involved in that. From the perspective of the players involved was that Nailo was 'not' PK'd he was killed by the event, and RP situation, for an RP death. The way I see PK is it shouldn't be grounds for death unless both parties agree to it, not a sole party.

Nailo died via the Darkness and the players involved could not revive him and had no priest around to do so, they took him to Metrocryptia which was all they at that time thought to do "Rather than take to an NPC priest" so Julie comes around to check on her graveyard, finds littered trinkets trailing into the graveyard, she follows and finds the group in question.

The tell Julie about Nailo's death and sought to bury him there as they could do nothing in their power but this sign of respect but then asked Julie if she would revive the elf. Julie explained the terms from the perspective I OOCly saw the deity of death, since technically each deity should approach matters differently when regarding a revival.

You would not see a cleric of an evil god reviving a paladin "just because" or a cleric of goodliness and purity revive a blackguard "Just because". So as an Acolyte of a God of Death, she unless under special circumstances isn't permitted to revive people and things, but to bury them and see them pass over safely and unhindered.

So, since they inclined on a priest of DEATH she agreed after being told circumstances of an unnatural death. She told them the terms of the revival, and Adrastia refused to make it as she felt ICly he was too wicked for her to undertake such a pact. Reijin however agreed and the pact was that Reijin for calling his spirit back would have to take judgement upon his soul in double for both his own and Nailo's decisions for asking Numahl to revive him despite whatever his own or Nailo's gods intentions for that soul were, in accordance with soul destinations of the faithful.

In essence I was playing Julie like a Priest of Kelemvor, every choice has a price to it even the revival of the dead and I felt it'd be more impacting to have it work like this and make sense. Than to just give a scroll, revive and go on about our merry way.

Any further questions on that matter ill try to discuss it best I can. - Crescent Black