EE had an auto update that by passed my steam settings, I'm validating files, see if it fixes what it messed up :

Skills are bonked, as seen in pic below:
aggravating stuff

characters cannot level. Goes through the process . but clicking OK does nothing.

Earlier kept getting stuck in cutscenes that shouldn't have been cutscenes ...

Odd, I haven't had this on my chars. Have you checked other modules or singleplayer? 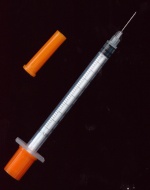 Yes, this only effected AR characters here.  Which suggest it's a server side issue ...  but, other than seeing a quick Steam "dowload", ans few seconds more wait to play NWN until it finished , I don't exactly know what happened, or why.

At first, my characters were getting "put into cutscenes" , where there were no cutscenes scripted.  Wouldn't let me abort, or close NWN normally ... so had to cntr-alt-del to get task manager, and force shut down NWN.
This happened about 3 times , 2 times with Fei Yan , and one with a new rolled character ...
However ... that issue stopped, and I only noticed the skills/blanks/odd skill numbers in game , and I can't finish leveling characters, when I was trying to level my newest one in noob-u.

I'm not going to bother DM E to fix or even look at it, with her heat sink issues, and so much on the server that needs done/fixed ... , my problem is minor, I don't matter ... the server does.

Something that happened on my end, via Steam caused major issues with my characters.

I'm hoping this fixes , if not I don't know what else to do on my end.   I can't even make new characters, they suffer same issues.

I suppose ... I could try to make another NWN log in ... hate doing that, but it would mean a 100% total start over ... Have to re-do Fei, and loose all her groovy stuff, and her just now best level yet ...  Not looking forward to this.

And Steam is friken taking forever with downloading this re-install ...

BD wrote:I'm not going to bother DM E to fix or even look at it, with her heat sink issues, and so much on the server that needs done/fixed ... , my problem is minor, I don't matter ... the server does.

It is _always_ important when a player cannot login. I've forwarded this thread to Eriniel and we will see what we can discover together. Please keep me posted on the steam update and results. I am very interested to fix this.

I think the re-install fixed it.

At least until it updates again.