Birth of the Banshee

How many quests would you all prefer before the finale? So I know how many to prepare

Birth of the Banshee

Alright folks, this is the first announcement of my first campaign, which I've so cleverly titled Birth of the Banshee, for reasons that, if not obvious, you'll discover someabouts toward the end.

Now, in the current stage in my plans, the campaign will be between 1 to 3 quests, plus the big meaty finale, making it four. Players will have the choice of doing all, or none, or any combination of my cooked up quests, though a fair warning will be provided, not doing them could make you loose out on something that might prepare you for the finale.

During all of them, players will be encouraged to do all the thinking outside the box they can, as a simple "its in our way, lets bash it" to every problem.... won't necessarily be the best path.

New characters are suggested, as one who perishes, and I expect at least one to, will be dead. Appropriate starting gold/exp will be determined by the quality of your character's background. So consider that during character creation. As far as your build goes, a "dood, i have 40 STR and can do 200k damage non-crit" won't be prefered over the "all-around" character, who has listen and spot and all those others that are handy for dungeon crawling, as your skills will be tested, though that doesnt mean you should get kicked around either.

Players will have a while to contemplate how their party came about, childhood friends, off-duty guards visiting the inn after shift, caravan merc, treasure hunters, something. As well as their background, if its not already done, and RPing with each other, how the party interacts within itself.

Now, I'm going to keep a lot of details secret, so as to keep you on your toes, but I'll answer a few questions. (DMs who want all the details will be forced into not participating, as that could totally ruin something if you know its coming.

Any idea of when each quest will take place? What time and such things. 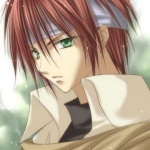 Well, I don't plan to do any of this campaign until its all COMPLETE.
This means questlines, areas involved, all that delicious DMy information goo, all of it will be assembled.

Now, I may do some pre campaign events involving the characters intend to use. Maybe an origin story, if the players wish to outline who they are, and why they ended up as a party.

Well, the general idea i'm going for is a ragtag group of unknown nothings (and therefore expendable)out to make a name for themselves, so you wouldn't play an arrogant demon prince, more the son of a farmer or such.

However, there are no limits I'm placing on class/race/alignment but... if I planned on participating, I would gather all that plan on it as well, and build the most perfect party for any situation, even do multiple characters in case one dies.

There will be npcs thrown into the party mix ever now and then, though not all will be helpful.

PM me if you want to work on a Dragon Age-like origin story, it'll be short and sweet, allowing you to estblish why your character who he is, and maybe an opportunity or two to start out a step or two above your peers.
NOTE: Depending on how large this campaign gets, and its looking pretty large, only a select few will get a something like this. Not that you'll be shut out completely, just that, depending on how hard we (You and me) all feel like working on them, some will not be as... zazzy as others. (I want to say that none of them will be as zazzy as the DA:O game, but we could work out a quest, or event, or something to start you on the right foot)

Well... I really don't want to think up a really involved DA:O-like background story for my character if she can die from some random encounter with an ogre or similar and that that would mean she is perma-dead. I'd rather just make a flimsy/unspecified background story in that case.

I'd like to play one of those were-cats if I may, though.

That sounds doable. And also includes your reason to be, lol. Cats wander, its what they do

This is on hold/canceled until I figure out what I was going to do.