Too much open space in between settlements. It says 'wilderness' but all i see is deer. this game is really fun when you have a choice to either go bash things or stay at the inn and rp. My suggestions:

Add hordes of rats to the sewers, at present low levels have a hard time advancing, this would solve that problem. hordes like the current goblin hordes, just a bunch of rats.

Add monsters to patrol the 'wilderness' settings. This is a major weakness of this server. More mid level like bugbears, minotaurs, random undead, spiders, more giant ants and the like. Just having something to encounter in the wilds is enough to make it fun. I can run circles around the wilds and not run into anything.

Add more accessible dungeons. Easy to reach and well known places where adventurers go. Old ruins filled with a certain monster, a fort or castle taken over by beasties or built by them.

Add an evil city run by a vampire or a lich or some other undead where evil ppl are welcomed to go to and where good ppl can go and kill them. Add a dungeon filled with prisoners that are just let loose for sport, where low level evil pcs can hunt at will and where good pcs can go and rescue.

Add evil fey to the feylands. That place is really well done and i would love to see it filled with things to see or do. Evil and good feys alike.

Add undead to the Metrocrypts. I know its supposed to be kept clean and tidy but maybe that job is done by adventurers. Put them in there and let us clean up the mess.

This does make sense. Also as been mentioned in the past maybe make areas a bit smaller.

I definately agree on this. I can say, as a player I could never find anywhere to train, easily. I mean, at low levels I found the hordes of bugbears and goblins, that killed me. =)

I also agree with this, and also fill in more stores and areas for players to use. Right now Dohral is the only thing with anything.. Seems all the other smaller forts / towns have map pins but no transitions (as far as building entrances go), this could be frustrating after having walked all the way there, low on supplies, and find that all the transitions are broken or unfinished. Also, maybe add some type of refill code for merchants? 50-80% of the merchants have empty ware slots, (dunno if it was taken by other players, or what?) But that also gets frustrating when you go inside a store expecting goods, and everything's empty.

Razorsedge1911 wrote:I also agree with this, and also fill in more stores and areas for players to use. Right now Dohral is the only thing with anything.. Seems all the other smaller forts / towns have map pins but no transitions (as far as building entrances go), this could be frustrating after having walked all the way there, low on supplies, and find that all the transitions are broken or unfinished. Also, maybe add some type of refill code for merchants? 50-80% of the merchants have empty ware slots, (dunno if it was taken by other players, or what?) But that also gets frustrating when you go inside a store expecting goods, and everything's empty.

The merchant system is being overhauled so not all merchants are complete.
At the moment it is kind of a seek and find. Each area of does have merchants however some only appear during certain times of the day.
The good new is, even if they do not have items to buy they will buy items you wish to sell. However finding the one who pays better well....

A tip if a merchant has goods is when you ask them a list will come up like "Selection of Robust goods... a non enabled merchant will have instead continue.
Merchants may be like Trader Nicks in Port Chonda by which you choose the item and then go to the merchant to find out the price.

As a small mini promotion to the wikia, but also to provide some help for suggestions, we currently have a few pages ( http://argentumregio.wikia.com/wiki/Category:Fauna ) listing creatures that can be found somewhere on the server (As I've found them, so not a complete list), including:

For suggestions from me:

[My attempt to 'Stay on Topic'

Here's one I started building last night:
Burning Farm
You notice a plume of smoke on the horizon, and as you draw closer, you
notice a farmhouse within sight of the road is currently blazing.
If the PC’s go to investigate, they find the bodies of a murdered farmer
and his family laying some distance from the house. A Wisdom
(Survival) check will allow the PC’s to follow the footprints of a group
of bandits back to their nearby lair, where 1d6+4 bandits are currently
enjoying food that they stole from the dead farmer.

This is being designed as a fairly low-level encounter for a solo PC (with Henchman), or a two-three member (low-level) PC party. Ideally, it should be able to run only once for any PC; such as give the PC an invisible and weightless 'token' with the OnEnter (Area) script, or the QuestGiver's conversation script. If the PC has the token in his inventory, the encounter will not run, he won't be given the Quest, or the transition into the area will not appear. Lots of ideas about the 'hook' or 'set-up'; a Rumor in the City, Taking a job from a 'QuestGiver' (with suitable reward?), or just investigating the plume of smoke (What's burning?) while traveling on the road.

NOTICE GM_ODA: I can build these simple encounters for you (and happy to do so), but I can't get them into the 'World', nor do to much on the Hooks or Set-Ups since I won't have access to the Main Module (the World). Most of these will be up to you.

I was tinkering around with the 'new' CEP hak (Thanks DM_ODA!), and came across a Placeable entry in the Custom/Parks & Nature/Vegetation/Other Plants listed as 'Spore' (Big, Medium, Group and Small), so I stuck in a few just to see what they look like. Jeepers! Those aren't 'Spores', they are Stalked Puffballs (Battarrea phalloides and other species). They are all listed as 'Static', so they are placed as just 'there'. None of the Puffballs in the Wiki article (https://en.wikipedia.org/wiki/Puffball) are listed as 'Poisonous', but 'What If . . . '?

I think I can 'adjust' these 'Spores', calling them 'Puffballs' (useable) instead. The little ones could be 'yummy' in a stew. The medium ones can be gathered and put into a stew too, but that will poison the stew (they won't explode). The big ones would 'explode' (like a gas trap), with appropriate sfx, OnDistrubed and poison the oPC (all you have to do is brush up against one, or just touch it). The finished Puffballs could be used as 'Placeables' (like around the 'Campground'), or perhaps in a triggered 'Encounter' somewhere else in the OutBack. 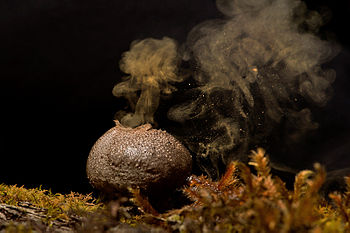 If I get a positive response, I'll tinker with these further. If I don't get a response at all, well at least I'm 'On Topic'.

), would be more interesting.

), would be more interesting. 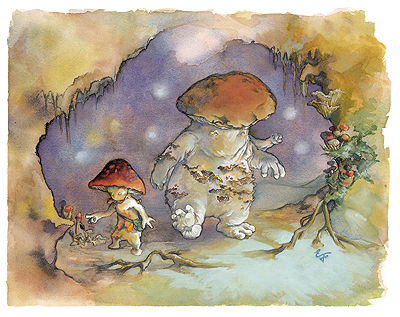 Myconids are semi-intelligent mushrooms, probably non-vocal, mobile, peaceful (Faction: Commoner), and almost helpless - Not much fun chopping up harmless Fungi. They are listed in the custom palette under 'Plants'.

Somewhat more exciting might be 'Shriekers' (Custom palette/Plants) used with Violet Fungus (not listed, need to make these). REF: http://monsterfinder.dndrunde.de/ 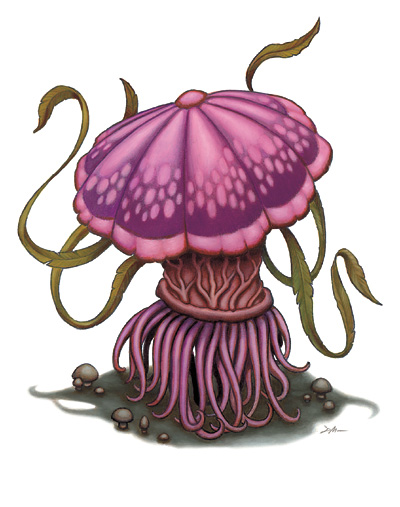 
Combat
Shriekers and violet fungi often work together to attract and kill prey. When the shriekers’ hellish racket attracts a curious creature, the violet fungus tries to kill it. Both creatures enjoy the fruits of a successful hunt.
Shrieker: A shrieker is a stationary fungus that emits a loud noise to attract prey or when disturbed. Shriekers live in dark, subterranean places, often in the company of violet fungi, whose poison they are immune to. Shriekers come in of shades of purple.
Combat: A shrieker has no means of attack. Instead, it lures prey to its vicinity by emitting a loud noise. Shriek (Ex)
Movement or a light source within 10 feet of a shrieker causes the fungus to emit a piercing sound that lasts for 1d3 rounds. The sound attracts nearby creatures that are disposed to investigate it. Some creatures that live near shriekers come to learn that the fungus’s noise means there is food nearby.

Violet Fungus: Violet fungi resemble shriekers and are often found growing among them. A violet fungi’s coloration ranges from purple overall to dull gray or violet covered with purple spots.
Combat: A violet fungus flails about with its tentacles at living creatures that come within its reach. Poison (Ex); Injury, Fortitude DC 14, initial and secondary damage 1d4 Str and 1d4 Con. The save DC is Constitution-based.

The 'Puffballs' mentioned above are usually found in shady spots of forests. 'Myconids', 'Shreikers' and 'Violet Fungus' are found underground in dark caves (or tombs).

Well, that was enlightening, thanks for the info! 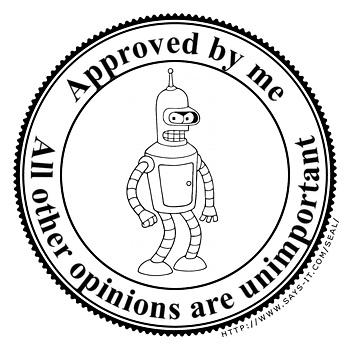 I approve of this as well, but more for the absolutely insane things that a fungus can mutate into 'pon  the whim of the Willful.
My friends, I give you Cordyceps

Similar topics
» Stuck on getting data centers?
» Kingdom Come: Dungeons and no dragons