Money:
Well, while randomly wandering and exploring in the Tivook area as well as some crates in Dohral, I happened to find some gold rings (4 to be exact) and I was like "Wow! They should sell for a lot!" so I ran to both merchants that I thought I could sell it too, both located in [South Chonda]...

And come to find out, they think its stolen! I was okay with not selling the items to them (Or never at all), but I thought that it is pretty useless to carry these things around. So I decided to wander around a bit more to see if anyone else would take them, and I had a chance encounter with clicking on an unlabeled building, and entered it. I though 'Hey! Haven't explored it, you guys hid a few things in areas like these'. After exploring, I found a Merchant in there.

Valio Thenn (Location with-held just in case it is an exploit/glitch! I can PM it though, or even do a video or photo montage, whatever is desired.)

When I went to sell things, since I was determined to do so, he actually bought all the rings, some Color gems (to emit light: Orange, yellow, and white specifically) and thieves tools for around 756,000 Acerian total.

I don't think this is normal, thus I am reporting it.

If it is a glitch/exploit, what should I do with this money? 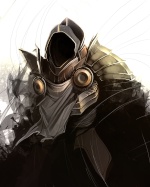 FenrirNinja wrote:
When I went to sell things, since I was determined to do so, he actually bought all the rings, some Color gems (to emit light: Orange, yellow, and white specifically) and thieves tools for around 756,000 Acerian total.

I don't think this is normal, thus I am reporting it.

If it is a glitch/exploit, what should I do with this money?

First up, thanks for the report, well done! I'm curious now what value the game is placing on those items, I'll review that and make adjustments to the system as needed. Keep the coin, consider it a lucky break. If there is anything amiss with the numbers I'll sort it out here.

FenrirNinja wrote:
Exp:
While wandering in the sewers of Dohral to level up my Level 4 Fighter, I had thought I was grinding pretty good with the 1-3 rats that popped up in every area, but then I came across a particular area (location with-held if this is considered an exploit, and can be PMd, Video'd, Pictured) that spawned 4/5 rats, then immediately spawned another 4, followed by another 4 for a total of 10+ rats almost all at once. I thought this might just be a glitch on my end and I had hit a lucky break, and decided to return to it later, where it did it once again. I did it a total of 3 times to confirm that it's not on my end. I do not mind getting Exp removal for finding it and 'abusing' it to make sure it worked, its no big deal.

There are rats scattered, as you mentioned, through most of the sewer but there are a few locations which have larger concentrations of them (making the sewer a bit more dangerous for some who just charge in without some forethought). There are IC reasons for the concentrations too, but of that I'll say no more. *winks*

MANY THANKS for this excellent report. I'll review all as needed.

I believe, as for the money, I have figured it out!

5 years ago, he had a slightly different merchant system than the one using the display cases then approaching the merchant to purchase.

I believe, because I found a second merchant with the same set-up as the one who I found first, and sold this second merchant: a Doombringer book, a spell of Magical Circle Against Alignment, and a Potion of Cure Moderate Wounds for 43 Platinum in Acerian .

It could be the old merchants making it wonky? I know for sure those items would not sell for that much in a 'normal' store.

Going through all the areas and finding all the merchants that are using the old system!

As I found old sales people rotting in many corners of Algrada, I decided to clear my inventory at a 'normal' merchant I found a while ago, and when I sold my stuff, I did something different than I normally did... and got exactly 48 Platinum for any single item I could give him that he would take. To confirm this bug, I went to 2 other merchants, and they do the same thing!

Exploit that can be used on the 'normal' merchants:Those that require you to shop via display cases then go to them to buy said items!

PMing this one since there isn't another way to say it.

Last update before I travel to bed: I wanted to make sure that these guys were ALL glitched, and it wasn't just the one merchant, so I would place a Spring Water Bottle in their sell box and return to the main screen where they tell me how how much the item is worth.

When I accidentally(As always!) clicked an option I didn't click before, it backed out, gave me the item, and the money for the item as well! After a few attempts, it seems that it does this sometimes random, and it also does it multiplicative-ly (or at least for me it did). Yet another way to make money!

Pming which option does this!