I was playing NWN 2 again, and stumbled upon this lizard folk guy that joins you for a short time..
They did happen to wake my intrest, but didnt found a subrace to it on the Argentum Regio Wiki (Always been a fan of lizard folk, gnolls etc^^")

So, here's my try on a character concept:

Backstory:
Ra'shaz is a ranger, who was raised to be a hunter of his kind.
In his young years, he learned much about the wildness, their creatures and the swampy region they lived in.
However, he wanted to find out much more about the outside world, despite the warnings of the elder.

Coming closer to his adulthood, his home wasnt enough for him, he wanted to see much more in this world and soon
started to leave his home to find out more about the outside world.
While wandering around, he noticed that his kind doesnt have a good image in this world, leading to him
disliking "warm-blooded", the elder was right after all.
But it wont stop him, and so he decided to find whatever adventure the world offers to him.

Personality:
He is a proud hunter of his tribe, who isnt afraid of anything he has to face.
He's curious,
He doesnt really care about other races, and only talk to them if there isnt another way or if they start talking to him.
However, he is quick to anger and shouldnt be taunted at all, unless you dont care for your life.

While hunting, he seems to like collecting trophies from the slain beasts, usually a skull or some other bone.

Material/Links i used:
[Placeholder till the (New member cant post links in the first 7 days) is over.
I can provide it if needed]

Notes to myself (Feel free to read):
I'm not really happy with it, despite it being just a little concept ._.
Location names arent included yet, but still it looks to small... 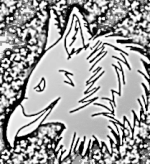 Friend Underkitten,
Nice concept. Note most of the PCs here are 'warm bloods' so you may have limited opportunities to PARTY up at least at first. Still, we can setup your PC with access to a fair number of NPC lizardfolk to make your raiding, er I mean exploring more fun.

GM_ODA wrote:Friend Underkitten,
Nice concept. Note most of the PCs here are 'warm bloods' so you may have limited opportunities to PARTY up at least at first. Still, we can setup your PC with access to a fair number of NPC lizardfolk to make your raiding, er I mean exploring more fun.

Glad to see it approved.^^
Already noticed that i'm the first lizardfolk here, but i dont have problems with this. (Wiki didnt even had a page for "us" D:)


Just wondering if there's any special animal companion to use for lizardfolk (if they even use on), because i am a ranger after all.

Actuallly there is a talk on animal companions currently.
[You must be registered and logged in to see this link.]

Dragon 335, Ecology of Lizard folk: [You must be registered and logged in to see this link.]
This information isn't 'canon' canon (dragon magazines are technically canon, but sometimes give conflicting info), but gives a good insight and feel into lizard folk.

Lizard folk currently can be found north of the River and in Illfaw fens (and underground >.>) They have a god, and a few shrines, but I forget the name of them.
ODA, any info on the local Lizard Folk?

That chapter from the monster manual is great though.

Looking at the lore, Semuanya is the god lizardfolk worship in both Arg-reg and Faerun, implying that lizard folk may have been another race to 'fall through the gaps' into this plane, or at least a few liardfolk with knowledge of Semuanya did.

We have at least 2 prevalent tribes- one in Tivook who is mostly underground but has surface parties, and one in the Ilfaw fens.

Most of the behavioural lore on lizardfolk should be the same from faerun. There's not been much talk of lizardfolk slavers (That's the gnoll's trade), and really only the travelling gypsies seem to have trouble with them. Most human settlements have had little conflict with the lizardfolk (that I'm aware of).