This is one of those odd glitches I'm not certain is client side or server side, but when trying to customise Khalil's gear I found the sometimes 'limbs' go missing. From what I can tell with robes, any robe that removes certain model segments (Such as full sleeve and length robes do no need the individual 'bicep, foream, thigh, shin' models) then prevents those models from being adjust later and doesn't 'give them back'. They're saved as the 'invisible/no model' setting: 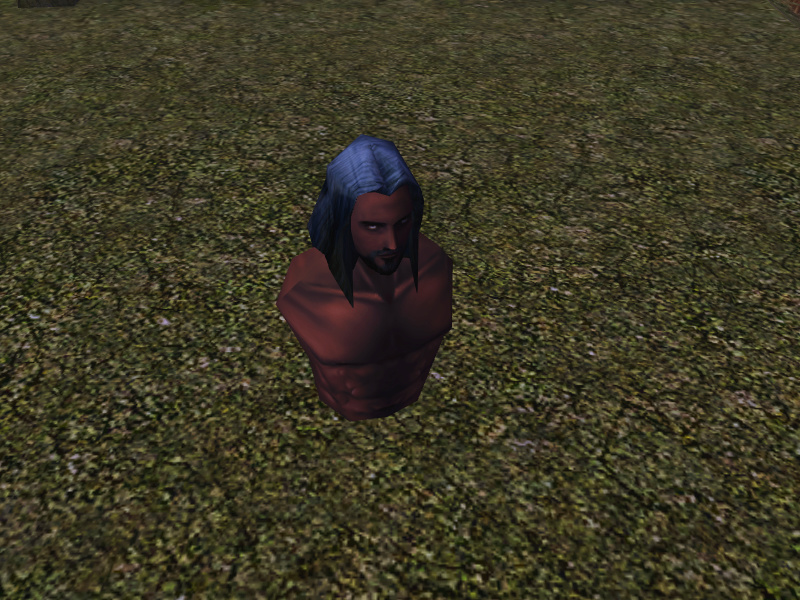 "Tis but a flesh wound!"

This also seems to happen occasionally with other clothing model parts- belts, feet and shoulders most often. The scripts, however, did seem to be changing the model part even if I could not see. When I first encountered this the only way I could refresh the model to be able to see what I was changing was to log in and out. If I had told the menu to change the model to 'next' a few times before saving, I would log back in to find that the changes had taken place, I just couldn't see what I was selecting.

I found another work around later that was equipping and requipping a cloak that seemed to bring everything back. Although I did then have to deal with a 'ghost' cloak that was visible even when I was not wearing it (and reversely I occasionally had invisible armour, where I was naked even while wearing armour).

I don't recall ever seeing anything like this except a few times before when the CEP had not properly installed so the client could not see, as an example, Robe '013' but the server and others with the files all in the right place could. (But then requipping the cloak should not help- if it was an error where my files where not in the correct place, I'd never be able to see 'robe 013' until I had fixed the files). I'm not sure if this is an EE thing or an issue only on my side (and had someone else been there, they'd always see the changes I was making with no issue).

Once I figured out the cloak fix, this problem wasn't too bothersome, but I'm curious if anyone else has experienced this or has any insight as to why this might be happening?
For reference, I am using the steam version of NwN EE and haven't changed anything in the files except to enable windowed mode. I have only 'subscribed' to the CEP, and have no other overrides or mods.

You still get them, but editing looks in the Hall Of Gods, and wearing a tailoring ring ( ring of wardrobe) from the chest in there, helps decrease some of the glitchy issues.

normally I'll fix em, by logging out of the server and back in , works ... most the time.

I'll be back to give this a thoughtful response in a little while (after errands) but I could NOT resist saying...


"Come back! I'll bite your kneecaps off!"