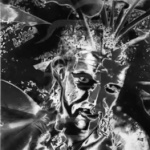 Is it possible to get some Arg-reg specific lore on the subraces listed? Anything from basic 'Native to the plane/ Nonnative (characters of this subrace must have 'fallen through' from other planes, including parallel planes like Faerun or the Fey wilds), where they come from, do they have civilisations, cities so on?

Take elves for example- Are there any Sun elf cities/societies? Do wood elves have a hidden city somewhere in the woods? Are 'wild elves' common knowledge, do they have societies somewhere? Do Avariel have a mountain city somewhere in this plane? We take for granted most elves are moon elves and they've integrated themselves into other races societies, but we don't know how the other subraces work.

Note that sometimes I have had to speculate a bit with these wiki pages on certain subraces (Eg, Halflings, I seperate between 'Hin' and the native 'Halfling') as sometimes different sources- the Arg-reg players pdf, Playnwn.com, forum posts, the old wikis, so on- have slightly different information that I tried to merge). If in doubt, ask ODA

It's fully possible I'm wrong, and if you think something is off with the Wiki pages, please say, so we can fix them!

Elves are afaik non native to Argentum Regio itself, as in the provinces, all elves have travelled there and are immigrants basically afaik.

I think there was also lore suggesting elves entirely where not native to the plane itself, originating from the 'dawn gate', (which is similar to DnD lore, as Elves, being fey, came from the Fey plane into Faerun). I suppose with the list of cities and kingdoms, Players are free to say, for example:

But why I ask, is it's not always clear what Subraces may preexist in the plane as a whole, and what subraces need to have 'fallen through'.

Take Halflings as another example. The 'native' halfling is a hobbit like subrace, matching 2.E lore- Yet Lightfoot and Strongheart halfings are listed as possible subraces (Not ghostwise). Hobbit 'halflings' and 'Hin' as I tend to separate them, might exist naturally somewhere in the plane, or maybe only hobbit-halflings do and Hin are 'nonnative'.

Reading this again, it seems that Players have a lot of leeway- maybe after a player has used a city name for something, (Eg, they RP Eshanthi is a sun elf kingdom) they need to inform everyone else and maybe open a discussion, so there isn't any IG confusion when you have a Sun elf claiming Eshanthi as their races capital and a Moon elf doing the same.

NOTE : requests for new sub-race support should continue to be added to THIS THREAD.

For those interested in learning the range of sub-races currently supported, see this related thread -